Meet the Cast of Food ★ Ball 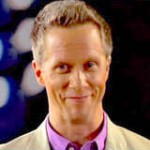 David Dickinson is a veteran actor, director, TV Host and voiceover artist who also fancies himself a musician – or as he sums it up – playing the piano “badly.” He has toured Belgium and The Netherlands performing with Speeltheatre Holland and is a company member at Childsplay, an internationally recognized theatre, where he has thrilled young audiences with his performances over a thousand times in Arizona, Nevada and Southern California. In addition, he’s an associate artist with the Megaw Actors Studio. In his spare time, David enjoys butchering… French that is, as well as sweating at yoga. 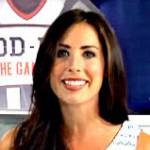 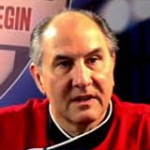 Jon-Paul Hutchins began is acclaimed culinary career in New Jersey as a lowly pot scrubber at the age of thirteen.  From those humble beginnings, his amazing journey to the pinnacle of the food arts included exploring every facet of the industry from small bistros to hotels to luxe fine dining.  It was during this journey that he discovered his true life’s passion, teaching.  Jon-Paul is currently an instructor and Executive Chef at Le Cordon Bleu in Scottsdale, Arizona.  He has appeared on numerous Phoneix-area TV shows and radio programs, as well as enjoyed the national stage as a featured guest expert on the Food Network, HGTV, ESPN and the Today Show.  Jon-Paul is an esteemed member of the Arizona Culinary Hall of Fame and was recently a featured judge for the Best Chefs America competition at the World Food Championships held in Las Vegas.  Jon-Paul credits his high energy and compassionate approach to teaching from years of manning the mic and entertaining audiences as a professional stand-up comic. 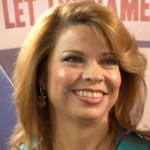 Hayley Gibbons spent 20 years in the restaurant industry using her classical culinary training and degree in hospitality management. While she loved providing people a great dining out experience, she’s discovered greater joy in helping them make delicious meals at home. She’s become a popular cooking expert on local TV, and had her recipes featured in 15 markets. It led her to launch HelpfromHayley.com, a site featuring recipes, entertainment tips and her own line of gourmet cooking sauces. Now on Food ★ Ball, Hayley welcomes another opportunity to share her cooking know-how. “I love how the show engages young people,” Hayley says. “Put teens in the kitchen with refs, scrambles and penalties, and they ultimately discover the challenge and creativity of cooking!” 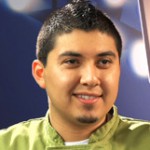 Gabriel Garfio is owner and Executive Chef at North Mesa’s acclaimed Sunnyside Breakfast Lounge. From a young age, chef Gabe surrounded himself with culinary experts, creating an undeniable love for nutritious, well-balanced foods. he’s recognized valley-wide for having served up delectable cuisine at many Phoenix-area high-end restaurants. In addition, Chef Gabe has an impressive cooking pedigree having graduated from the prestigious and globally-recognized Johnson & Wales University College of Culinary Arts in colorado. His mission in life now is to “satisfy every hungry stomach that walks through my restaurant’s door with not only great food but an unforgettable dining experience.” 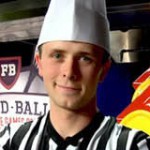 Ian Ray and his love of food traces back to his early childhood in Missoula, Montana where, while other kids were watching cartoons, he was glued to the Food Network shows. After two years of studies at the University of Montana, Ian made the defining decision of his life by enrolling in culinary school at Le Cordon Bleu in Scottsdale, Arizona, where he trained under Food ★ Ball’s Head Judge Jon-Paul Hutchins. Ian was co-captain of the school’s award winning Junior American Culinary Federation Competition Team. in the near future, Ian plans to continue his culinary studies in Europe, San Francisco and New York City. Ian’s personal credo: “Never let anyone tell you that you can’t accomplish something. Use that as fuel and motivation to exceed everyone’s expectations. Stay humble, keep your head down, and keep chasing your dreams.”